Although not a new book, Anne Fadiman’s The Spirit Catches You and You Fall Down (1997) classically highlights a life-and-death crisis that devolves from Western medical professionals’ living out an ethnocentric self-assurance and a hermetic professional worldview. Fadiman became intrigued by what she’d heard about the clash between the Western medical establishment of Merced, California and the concentrated group of Hmong refugees from Laos who had begun settling there in the 1970s, escaping persecution by the Vietnamese after their little-known contribution as guerrillas to the American cause.

The Hmong were involuntary migrants, not given to adopting American ways any more than necessary to survive. Some feared going to doctors whom they thought might rather study them than help them. To the Hmong, Western doctors engaged in hazardous practices. They extracted large volumes of blood from their patients. They opened the body in surgery and in autopsies, and inevitably and irreparably damaged the integrity of the person, not only for this lifetime but for future incarnations. They announced the probability of death. The Hmong mistrusted Western medications and took fractions of what had been prescribed, putting the physicians in the untenable position of trying to “game” how much they might have to prescribe to end up with a Hmong patient’s actually ending up taking the desired dose.

Fadiman began fieldwork with a particular Hmong family, whose six-year-old daughter Lia had been in and out of the Western medical machine since she was a baby because of her epileptic seizures. She inquired equally into the perspectives of the entourage of doctors who treated her and who attempted, to varying degrees, to communicate effectively with her parents.

Lia’s parents fundamentally disagreed with the doctors about the origin of Lia’s problem and about the impact of the medications that had been prescribed for her. To Lia’s parents, the troubles began when her soul was frightened out of her body when her sister slammed a door, and her seizures would be instigated by a spirit “catching” her. The cure would be perhaps a very short course of medicines, but ultimately would be carried by Hmong shamanism, animal sacrifices, and herbs.

Fadiman’s book sides neither with the native medical cosmology of the Hmong nor with the self-justifying medical culture of the West, situating Lia’s tragic decline in the very gaps between the two. If there was any fault, it lay in the failure of the Western physicians to give credence to the Hmong worldview or to incorporate it into a realistic treatment plan. Fadiman writes of the caricature–just an extreme of the actual–of the M.D., who is an “all-head-no-heart formalist who, when presented with a problem, would rather medicate it, scan it, suture it, splint it, excise it, anesthetize it, or autopsy it than communicate with it.”

While Fadiman concludes that “American medicine had both preserved [Lia’s] life and compromised it,” she wonders whether saving the body, as much of Western medicine is geared to do, or preserving the soul, as was part of the Hmong concern, could not both be considered.

Reading The Spirit Catches You and You Fall Down, I am reminded of the lyrics of “Walking in Space” from the rock musical Hair. Set against the backdrop of the Vietnam War–which the Hmong referred to as the American War–the song extols the visions possible under hallucinogenics: 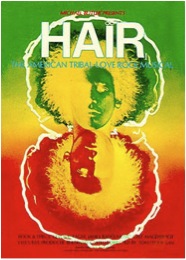 It’s not that the singers saw nothing taking the hallucinogenics. The irony of the song is that they thought they saw everything–while only seeing some thing.

To subscribe to Skin in the Game’s monthly newsletter, send an email with “subscribe” in the subject line to sks@thinkingdr.com. To view past issues, click here.

701 thoughts on “Anne Fadiman’s The Spirit Catches You and You Fall Down: A Hmong Child, Her American Doctors, and the Collision of Two Cultures”